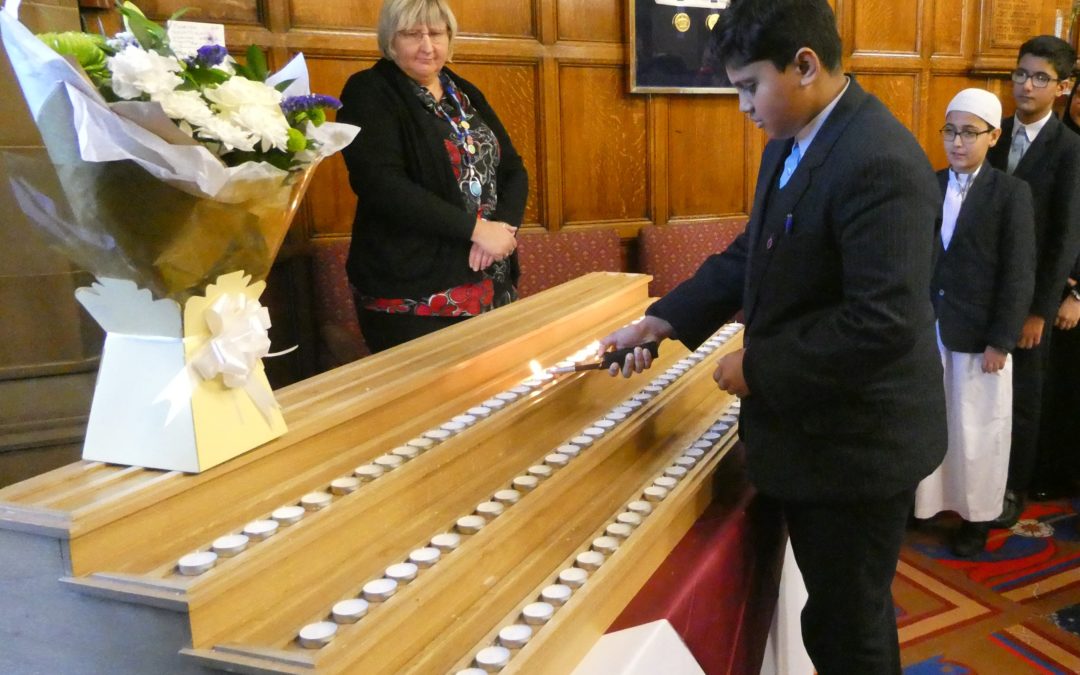 Pupils commemorated the victims of genocide during a special Holocaust Memorial Day ceremony at City Hall. Holocaust Memorial Day is held every year on January 27 to remember the six million Jews and others who were murdered as a result of Nazi persecution, alongside the millions of people killed in genocides in Cambodia, Rwanda, Bosnia and Darfur.

A group of pupils attended the ceremony where they lit candles, laid flowers and heard from speakers who shared testimonies about their experiences of the Holocaust.

The whole school also took part in assemblies and drama and poetry lessons which aimed to educate its pupils about the atrocities that took place during the Holocaust.

Robina Naznine, Principal at Eden Boys’ School, Bradford, said that it is essential that pupils continue to learn about the Holocaust. She said:

“Holocaust Memorial Day is a particularly important date in our school’s calendar. We know that by teaching our pupils about the horrific atrocities that took place during the Holocaust and other genocides we are helping to ensure that we will never have to revisit such dark times. It is only by remembering and educating our young people about the painful truths of the past and the possible consequences of hatred that we can strengthen our society with compassion and empathy for a better and tolerant world. We cannot change the past, but by learning lessons from those tragic times we can help to build a better future.”